Neurofeedback can help with stress, anxiety, or feelings of overwhelm which sometimes present symptoms appearing as early Dementia or Alzheimer's.
https://www.spring.org.uk/2022/02/dementia-9.php
​
Here are some of my clients' success stories:
"If you have ever considered trying neurofeedback, stop considering and go now.  This review is long overdue!

...After an extremely difficult summer, I started developing physical symptoms that were a result of not sleeping but 2-5 hours a night for over two years coupled with the symptoms that come with anxiety. I saw doctors, a therapist, tried supplements tailored to my blood work, worked out, did yoga, ate well, lost weight, prayed....you name it, I did it. But regardless of how much work I put in, I never could seem to dig out of the cycle of diagnosed anxiety and OCD.

I had heard about neurofeedback before but had never tried it. When I stumbled across Susan and her business I thought "what the heck, what do I have to lose?". I bought a package and started my sessions. A few weeks in one of our children got sick and my husband commented that for the first time in almost two years I didn't panic or stress out about everyone getting sick. A week later I look down and realized I hadn't been biting my nails (I knew I bit my nails but never tied that to anxiety). I was able to handle more situations with ease. My constant feelings of fear had gone away. I wasn't worried about things I didn't need to worry about anymore. I really feel like this was the missing piece to my healing journey and the clarity that I feel after sessions is amazing.

My husband has been receiving neurofeedback as well and was able to power through public speaking presentations (which would usually make him come close to passing out). When seeing his neurologist, his doctor told him to keep up his sessions. He also says his sleep became more sound once he started neurofeedback.

Susan is wonderful. The environment is calm and friendly while maintaining a professional atmosphere. I look forward to my sessions and highly recommend Arkansas Neurofeedback to anyone who will listen!"
M.B. Little Rock, AR
FaceBook post: #DefragYourBrain

​"Some weeks I wasn’t real sure how I’m processing life: as in: “WHAT DID I DO YESTERDAY??” 🤣
I started going to Arkansas Neurofeedback about 2 months ago and it’s been life changing. Like I am able to think, process, and execute tasks... LIFE CHANGING
Susan Brupbacher Ortiz is certified & trained. She’s got the most up to date systems in the state. And the most relaxing environment. 🙌🏼😍
If you want to perform at your TOP. This is an investment you should make in yourself.
Geez... here are some of my results.
• Started writing my book again 📖
• Completed 7 Blog Posts 🖊
• Almost completed 2020 planning for Women Influencers
• Able to finish what Madison gives me at work ✔️
• Able to drive without getting upset at others 😆
• Sense of calm during demanding situations 😌
• Deep clean my house 💪🏼👊🏼🙌🏼
If you’re on the fence - get off.
Call and go see what I’m talking about.
April #DefragYourBrain 😍😍😍😍😍😍
Finally getting better restful sleep:

"I absolutely recommend Arkansas Neurofeedback. Susan is so kind and loves what she does. I fall asleep almost every time I go and stay calm after. I sleep better and deeper than I have in years for several nights after my visits It is definitely worth checking out. I am so glad I did!"
J.T. from Hazen, AR

From the mother of a 5 year old:
​
​"Neurofeedback is something we had never heard of before- but having an ADHD 5-year-old, and not wanting to medicate, we looked for alternatives. My sister had Neurofeedback for anxiety, with amazing results; and her Neurofeedback trainer mentioned to her that Neurofeedback has been approved by the American Academy of Pediatrics as an effective treatment for ADHD. I prayed and searched online and found Arkansas Neurofeedback.
Susan is absolutely amazing! My family and I fell in love with her from the beginning. My son runs into her arms at first sight! But even aside from that, Susan knows Neurofeedback well, and does a great job of explaining it in plain language.
Most importantly though, Neurofeedback is helping our son immensely. After each session, he is very calm. That is so unlike him! 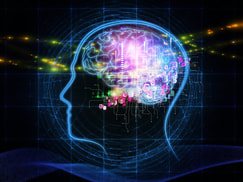 From a client with chemo brain:

​From a woman in transition:

A few texts from a very pleased client:

From a young mother of three:

Valerie is first up in our new video series REAL MOMS. REAL STORIES. Her ten year old son, Harrison struggled with anxiety. See what happened after he started brain-training with NeurOptimal®. 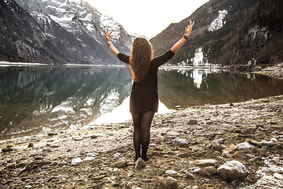 “Hi, I just wanted to tell you how amazing I think the [NeurOptimal®] system is. I got into it because I am fascinated by the brain and was even interested in becoming a neuroscientist.
Read More
Back From The Brink Of TBI (Traumatic Brain Injury)

Following a terrible accident, a mother uses neurofeedback brain training on her comatose son to help him recover from TBI (Traumatic Brain Injury).  Attending doctors and nurses are amazed at how rapidly her son recovers. 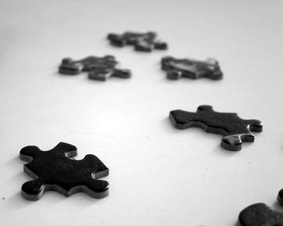 ​When You Have All the Pieces,
​But They Don´t Fit Together

¨For the past few months, I have been wrestling with a complicated problem at work. I knew the answer was close, but I couldn't seem to clear my mind enough to reach the answer. I have to be at the top of my game all the time.
After a few sessions of NeurOptimal neurofeedback, the answer came to me. It was almost creepy how it happened. I have to believe that my sessions with this program contributed to this breakthrough! This is a great biohacking tool!
It doesn't hurt that the music I listened to during the sessions was absolutely delightful.¨
​S.B. from Roanoke, VA
Real Moms, Real Stories
Angela is next in our new video series REAL MOMS. REAL STORIES. Her five year old daughter, Mila struggled with authority issues, night terrors and never have ¨a moment of calm¨. See what happened after she started brain-training with NeurOptimal®. 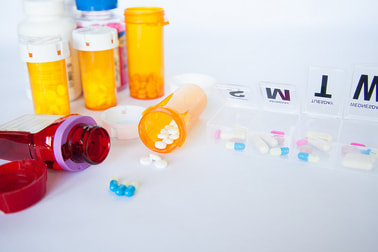 “After almost 23 years of being “hostage” to psychotropic [anti-depressants] drugs, I am, as of July 2008 completely drug free!”
M.W. from Fairfax, VA 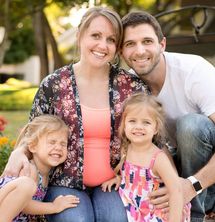 A Marriage and Family Therapist´s Usage of NeurOptimal®
​My name is Diana Fischer. I have had tremendous success using NeurOptimal Neurofeedback Systems both personally and professionally.
I began using it personally in my sixties to help me with medical issues related to aging and have received multiple benefits as a result. I found that it helps with focus and concentration, relief of anxiety, pain management, reducing stress and other medical-related issues.
​As a meditator, with over 40 years of experience, I find that NeurOptimal® helps me access deep states of meditation and is also wonderful for emotional, physical and mental health.
Read More
Anxiety & Focus –
One CrossFit Athlete’s Journey to the CrossFit Games

“I have been competing as a professional CrossFit athlete for 5 years and was a Division 1 Collegiate Rower. I have always struggled with anxiety which
would hinder my social life, training, productivity and confidence.

​After learning about NeurOptimal, I was excited to try something that may help me become more focused in life and competition. 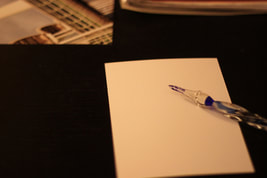 Marco developed seizures when he was 13 – he is now 25.
They were bad.
Not long after, I took him to do neurofeedback using a traditional system and qEEG. (Not NeurOptimal). For 15 months Marco did not have any seizures because the neurofeedback was keeping his delta waves down. However, he started developing side effects – tics, tardive dyskinesia, muscle spasms etc. so we stopped. I felt that there was a huge margin of human error involved with the determining of the protocol for the neurofeedback which is essentially unavoidable. This was a major factor in my decision to buy a NeurOptimal system, knowing that it is fully automated and does not require a human to make any decisions on behalf of the brain. I’m so glad I did!
Read More
Contact us to begin improving ​
​your brain's resiliency and optimization:
(501) 749-5384
​susan@arkneuro.com
We have moved to:
11 Corporate Hill Dr., Suite 101, Little Rock, Arkansas 72205
Convenient free parking
The contents of this website including all images, text, graphics, and other materials are provided for informational purposes only and are not intended to be a substitute for professional medical advice, diagnosis, or treatment.
Return to Top
Home